DONATIONS & REWARDS
BE A FRIEND OF THE PARK
Menu 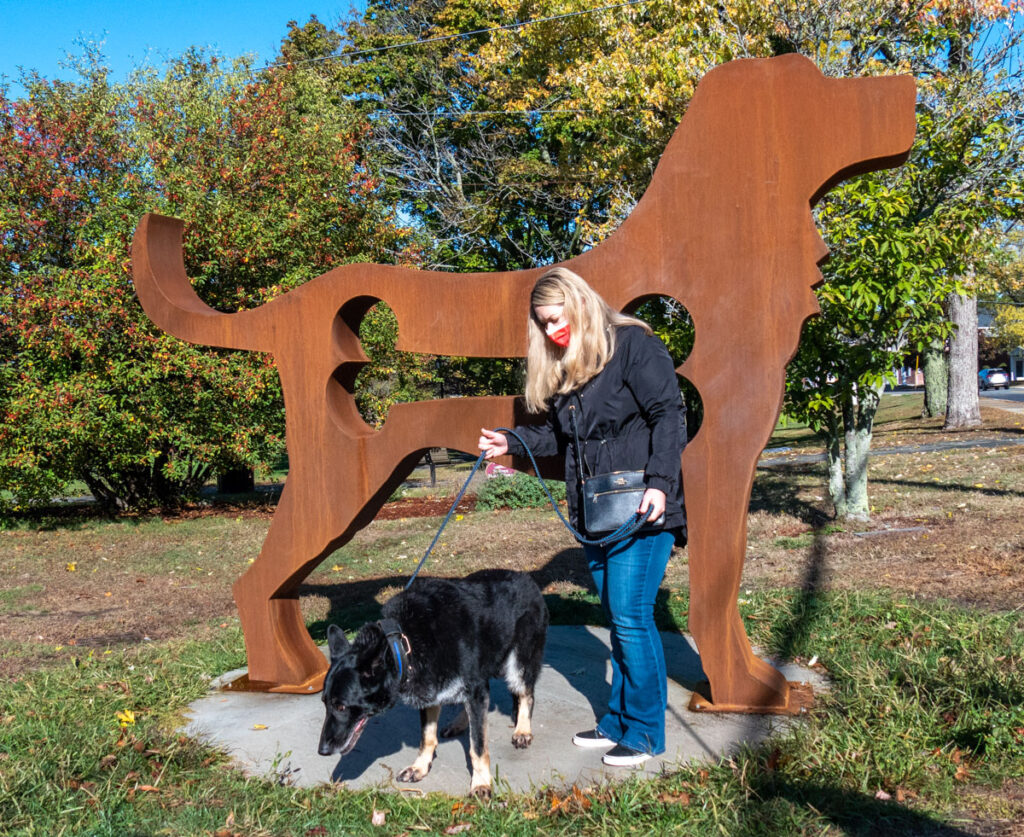 The winner of the Dog Name Contest was revealed at a small ceremony right at the American Dog sculpture.

The winning name is “Havoc”, who is a retired Burlington Police dog, with a great record of public service, including being one of the dogs that helped in the Marathon Bombing searches.

Havoc’s handler from the Police Department attended the event with members of his family.

Havoc the Dog was sweet, friendly, and happy to be there and meet Havoc the Sculpture Dog.

The winning name was suggested by Burlington’s Sean McDonald, who won a 12″ version of Havoc, Tshirts for his whole family, and a family photo session with Havoc the Sculpture.

The name Havoc won out over runners up Burly and Burlingdog, with many votes cast by students from our schools.

We had gotten over 200 suggested names in the first phase of the contest. The committee chose 10 finalist names that seemed most relevant to Burlington or to art. We posted that list and got almost 1000 votes cast for finalist.

We are pleased to see how the Sculpture Park is becoming a valued part of the community and reaching people in ways we never guessed would happen.

And we have much more in store for the park, particularly when the pandemic eases, but stay tuned for more news!