We have reached our donation goal for the sculpture so we have stopped taking more donations. We will report back to you what we hear about how the sculptors are doing away from Ukraine.

There is a huge need for support in so many aspects of life in Ukraine. We suggest these two as among the most reliable places to donate:

Both of these are highly rated by Charity Watch, and you can find many other good charities at their web site.

The sculpture named Global Warming, usually called the yellow cherries, is the most popular sculpture in our park, perhaps after Havoc the Dog. But it is the case that the sculptor, who was living and working in Ukraine, has had to leave his studio and cross into Poland as a result of the Russian invasion.

It is not clear if he will ever be able to return to Ukraine and if he does, will his studio still exist. Most likely, he and his sculptor brother, will try to start from scratch in another country.

We had intended to try to raise the money to purchase Global Warming because of its popularity, but now our efforts became much more important, perhaps even urgent.

Some of the funds needed to purchase Global Warming have already been donated from various town businesses, but we still needed to raise several thousand more.

So we reached out to the Burlington community and beyond asking for donations. This is an unusual case where people supported the arts and also supported refugees from the war in Ukraine. In three days we raised over $6000, in addition to the funds from local business leaders.

The Zigura brothers’ work is supported by the Abramovych Foundation, whose work is to support Ukrainian art in general.

Here is a video of the sculptor, Nikita Zigura and his sculptor brother, Igor. While the video is in Ukrainian, you can get a good feel for these two artists, their work, and the studio that may be lost to the war. 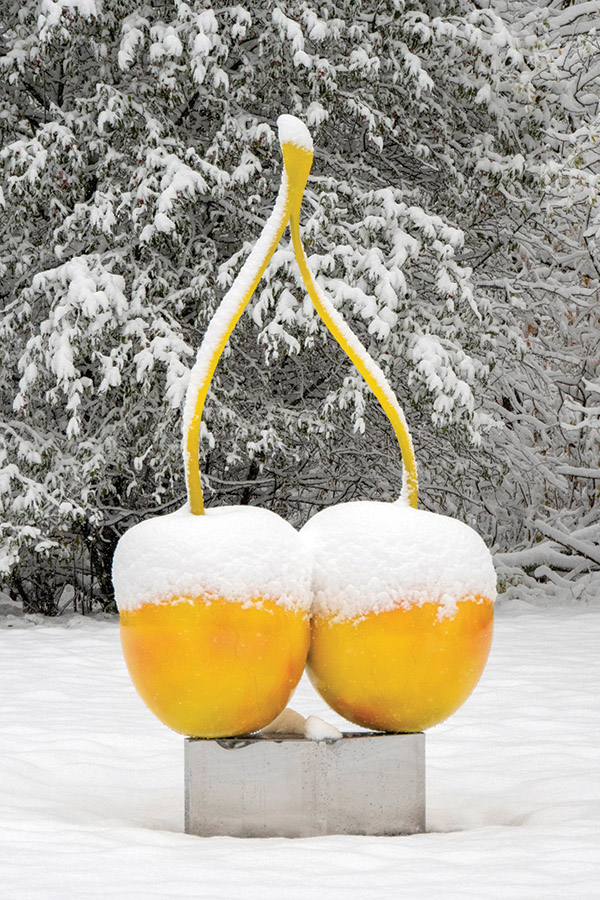